BOOKCASE SET OF 5 UNITS - KOBO
W/TCS DECODER INSTALLED & PASSENGER CAR LIGHTING INSTALLED
The ACS-64, also known as the 'Amtrak Cities Sprinter', is Amtrak's replacement of the aging AEM-7 and HHP-8 electric locomotives for operation in the Northeast and Keystone Corridors. Built by Siemens and based on the EuroSprinter European electric locomotive design, the Cities Sprinter is nonetheless a unique model to North America and is built entirely in the United States. The Prototype, entering service as of February 2014, is meant to pull as many as 18 Amfleet cars at speeds of up to 125 miles per hour!
Amfleet I: During its beginnings, Amtrak inherited its passenger cars from other railroads. Old, steam heated and in dire need of upgrades, Amtrak set out to replace these cars in 1973 with the purchase of the first Amfleet cars from Budd. This initial batch of 492 cars were the Amfleet I - with a door and vestibule on either end (unlike their single-doored successor), these cars fell into a few different varieties but essentially broke down into coach and dinette variants. Despite the introduction of their newer cousins, Amfleet I's are still in use by Amtrak, primarily for shorter distance routes.
Set Contents:
Siemens ACS-64 'Cities Sprinter' Electric Locomotive Amtrak #621
Amfleet I Coach Amtrak Phase VI #82500
Amfleet I Coach Amtrak Phase VI #82605
Amfleet I Coach Amtrak Phase VI #82741
Amfleet I Cafe Amtrak Phase VI #48178
7 Slot bookcase that can be used to hold the base set along with an additional two Amfleet cars.
For additional car sets see stock numbers:
KAT1068002
KAT1068003
Please Note: Track and Power Pack are Not Included.
WARNING: CHOKING HAZARD - SMALL PARTS! NOT INTENDED FOR CHILDREN UNDER 3. 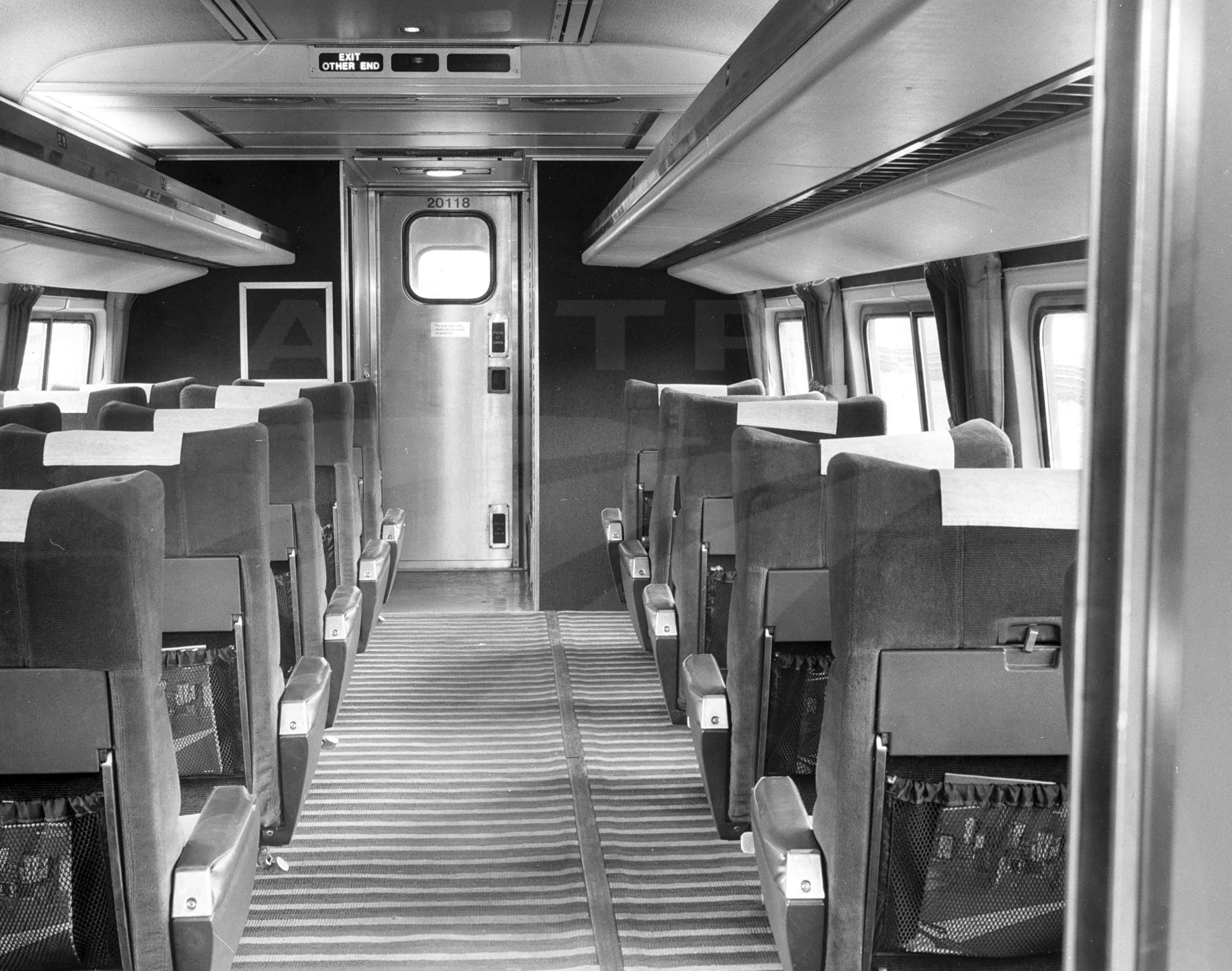