The Family Group Records Collection provides microfilmed copies of about 8 million family group records created by members of The Church of Jesus Christ of Latter-day Saints. The collection can help you survey research done previously by others, saving you time and giving you valuable information. While you should not assume the information to be completely accurate, you can use the information and sources provided on the family group records to guide you to original records. The collection is divided into two sections, the Archive Section and the Patrons Section.[1]

This section of the Family Group Records Collection contains five million family group records submitted by members of The Church of Jesus Christ of Latter-day Saints between 1942 and 1969. The Archive Section of the Family Group Records Collection was previously available to the public in binders marked with pink labels on the spines. Unfortunately, patrons removed some of the records before microfilming could be completed. The records are now available to the public only on microfilm.

Three million family group records were submitted to the Patrons Section between 1926-1979. The purpose was to share genealogical information and identify others working on the same lines. Each collection has some names that cannot be found in other filmings. The family group records often included a brief list of the sources used to compile the record. Sometimes the sources specify old film numbers or book numbers used by the Family History Library. Some records also included biographical histories for the family members listed on the form. In many instances several records have been submitted for the same family unit. Comparison of these records will sometimes reveal discrepancies. The collection binders have been removed from circulation so these records are available only on microfilm. 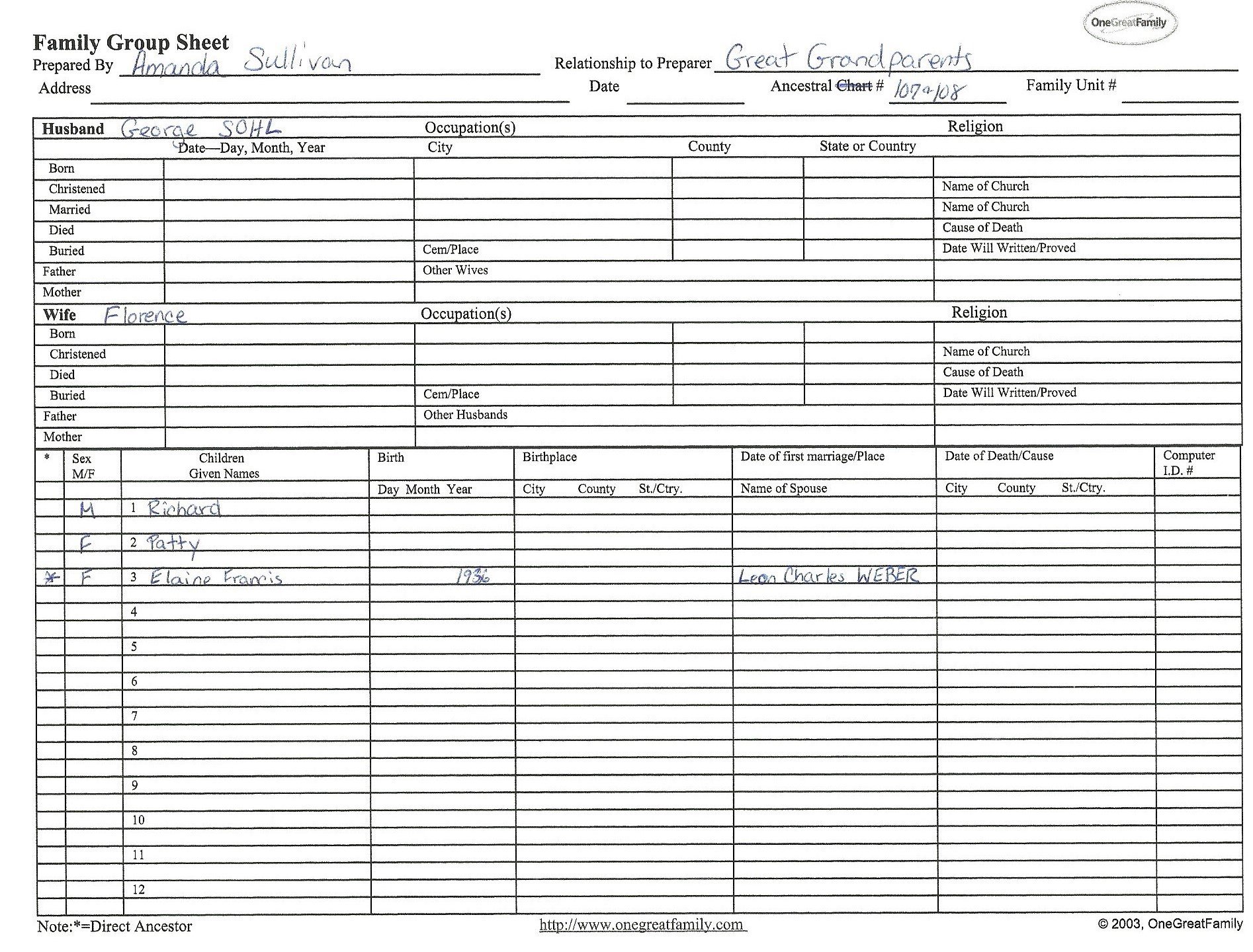 The 1962- collection resulted from the Three- and Four-Generation Programs of the Church of Jesus Christ of Latter-day Saints. In 1965 the Church asked members to submit family group records for three generations of their family. By the end of 1966, about 20% of members had participated. In 1966 the Church extended the request to four generations plus a pedigree chart. Submissions made after 1 July 1979 were added to Ancestral File rather than the Family Group Records Collection.[2]

The data sources listed on some of these family group records often include old book and film numbers. There have been a number of old book and film numbers used by the Family History Library over the years to identify and label its book and microfilm collections. When microfilming began, a combination of letters and numbers was used to number the films. Later, a system of serial numbers with part numbers was used. Finally, a straight numbering system was used beginning with film number 000001. Each time, the existing films were renumbered. Today there are more than 2,400,000 microfilms in the library's collection.

In order to find a source on film, you may need to convert an old film number to a new film number. For instructions, see 'Old book and film numbers.'

Other notable collections of family group records or family group sheets held by the Family History Library, but not included in the 'Family Group Records Collection,' include

For further details about these family group records see: