I Wonder What This Could Be?games123 Nr2003 Designs

Wonder Games is a boardgame design company owned by Niels Wonsyld admin note: this is not the same entry as Wonder Games (II). These folders contain every release of the Sprint Car mod know to the NR2003 Community (as far as I am aware) Included are the mods a carviewer, templates in.psd and.psp format and a render scene. There is also an 'Extra Cars' folder that contains cars that I have collected in both.pta and.gns formats.

In Wonder, R.J. Palacio’s debut middle-grade novel featuring Auggie, a fifth-grade boy born with a facial deformity, the author delivered a powerful message about the importance of kindness, tolerance, and acceptance. She will now introduce Auggie to a younger audience in We’re All Wonders, her first picture book, which Knopf Books for Young Readers will publish on March 28 with a 350,000-copy first printing. The publisher acquired North American open market rights to the book, which Palacio will also illustrate, from Alyssa Eisner-Henkin of Trident Media. Senior executive editor Erin Clarke will edit We’re All Wonders, whose cover is revealed here.

The character of Auggie and the values his story espouses have resonated deeply since Wonder’s 2012 release. The novel has been published in 45 languages, and has sold more than five million copies worldwide. The book’s message has inspired kindness and anti-bullying campaigns nationwide, has been selected for numerous community-read initiatives, and has encouraged educators across the country to incorporate the novel into their schools’ curricula.

The comments of many teachers who have embraced Wonder, in fact, partially inspired Palacio to share the story’s missive with picture-book readers. “When I’ve visited schools to talk about Wonder, teachers have often asked me if I’d ever considered writing a younger version of the novel,” explained Palacio, who majored in illustration at the Parsons School of Design, and worked for many years as a graphic designer and art director.

“Given my background, the idea of making a picture book had been planted in my mind for a while, but I couldn’t quite figure out how to do it,” she explained. “And then, a couple of months ago, Erin and Knopf’s art director, Isabel Warren-Lynch, came up with the idea of basing a picture book on the very beginning of Wonder, when Auggie realizes he isn’t an ordinary kid. That really struck a note with me.”

Palacio recalled that We’re All Wonders “came together very quickly in my mind after that” and she was able to write the manuscript, which she describes as “a haiku version of Wonder,” in several days. “I think Wonder’s first-person narrative strikes a chord with middle-grade readers and draws them into Auggie’s story,” she said. “So I decided the best way to convey the message of kindness in a picture book, without being didactic, was to again use Auggie’s voice, to make it easier for kids to identify with him and know how he feels, and to help them understand that difference is not to be feared—it is what makes us wonders.” 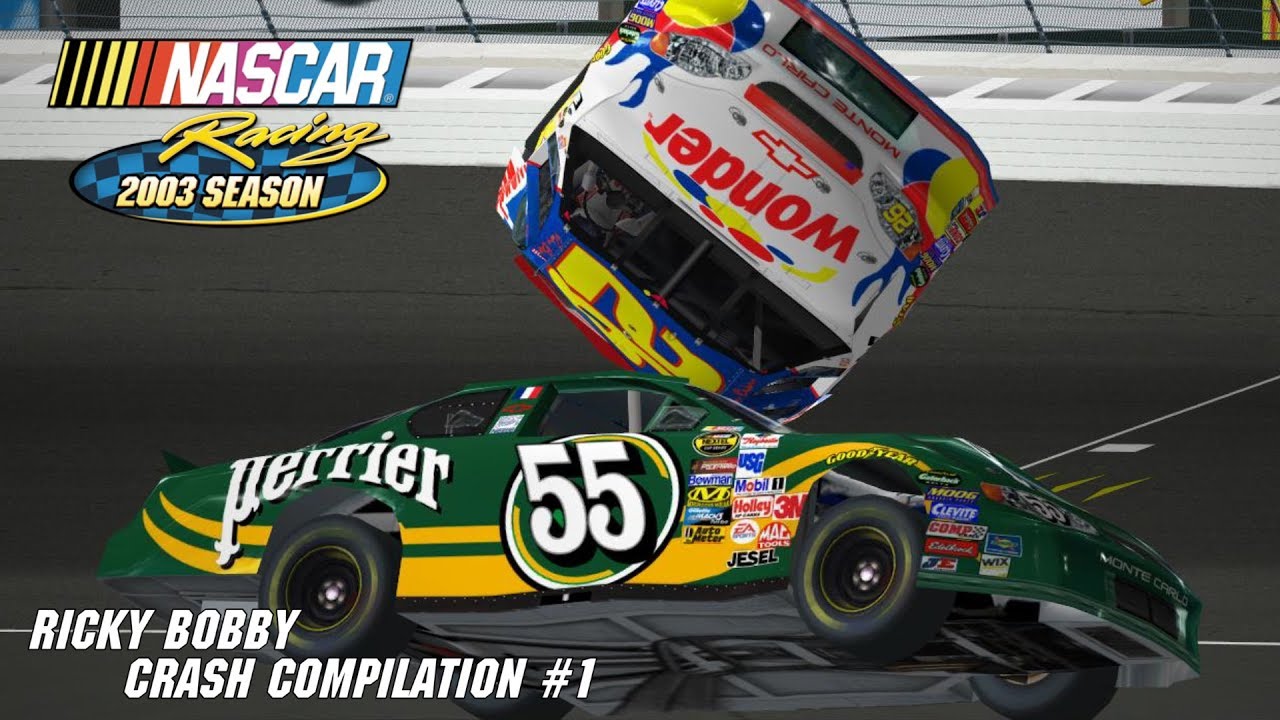 When it came to deciding whether to illustrate the picture book herself, Palacio, who in the past has created illustrations for the New York Times, the Village Voice, and book covers, was initially of two minds. “Even though I majored in illustration in college and began my career as an illustrator, it had been quite a while since I’d worked in illustration,” she said. “On the one hand, I knew it made sense for me to illustrate the book myself. But on the other hand, I was afraid I was a bit rusty, and was nervous about the tight deadline for finishing the art.”

But she opted to tackle the task, which was facilitated by her purchase of an iPad. “It made creating the illustrations so much easier for me,” Palacio said. “I drew all the line art for these illustrations with an iPencil in Procreate for the iPad, and used a combination of painting, with the stylus, and Photoshop to create the final art.” 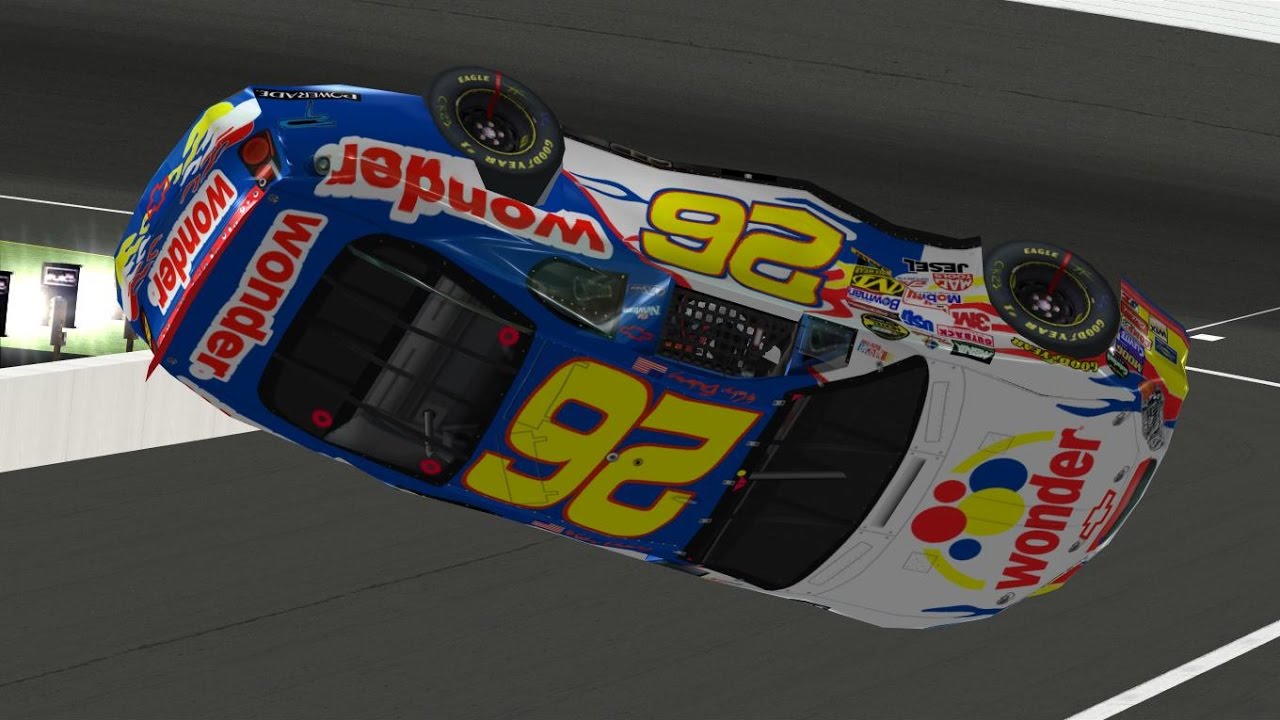 Palacio also credited “the artistic wonder” Tad Carpenter for inspiring her illustrative vision for We’re All Wonders. “I based Auggie’s look in this picture book on the iconic jacket for Wonder, which was art-directed by Isabel and beautifully envisioned and drawn by Tad,” she said. “I am ever thankful for their collaboration, which resulted in an image that has captured the imagination of readers everywhere.”

Clarke, who also edited Wonder and its follow-ups, 365 Days of Wonder: Mr. Browne’s Book of Precepts, The Julian Chapter, and Auggie & Me, noted that she and Warren-Lynch were surprised and delighted when Palacio suggested illustrating the picture book herself. “I was so impressed with Raquel’s manuscript,” she noted. “The new, separate voice she gives to Auggie makes his story appropriate for a wide range of ages, and you needn’t have read Wonder to appreciate it. But we hadn’t dreamed that she’d be interested in creating the illustrations as well, and when she somewhat nervously showed Isabel and me some samples, we were blown away. They were absolutely stunning.”

Palacio, who earlier this year spent time offering input into the film adaptation of Wonder that will be released next year by Lionsgate, and is currently writing a new novel for Knopf, remarked that creating We’re All Wonders, despite challenging deadlines, offered her “a very nice break. It really was fantastic, and my other writing came much more easily when I returned to it after finishing the picture book. It was great to have a chance to exercise both the right and left sides of my brain.”

Reflecting on the different chapters in her writing career to date, Palacio noted, “Wonder has been an extraordinary experience, and I’m so grateful to the readers all over the world for their support. Now, more than ever, we need to inspire all children to act with empathy and tolerance, and to let them know these are not political values, they are human values—and that the world is big enough for all differences. With We’re All Wonders, I hope to extend the ever-important message of kindness, tolerance, and empathy to younger children and their families.”

I Wonder What This Could Be Games 123 Nr2003 Designs Onto 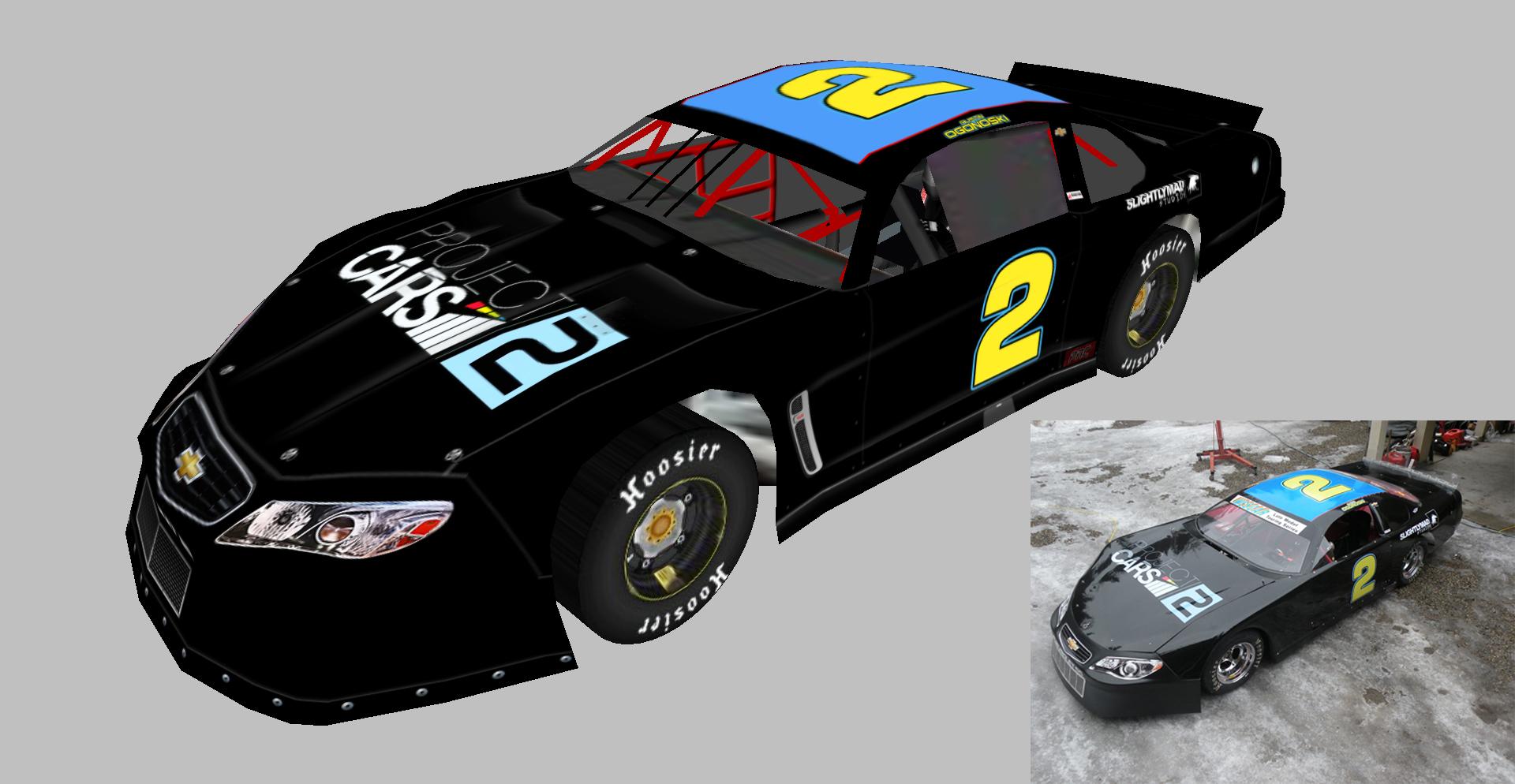 And, she added, “It has always been a dream of mine to write and illustrate my own picture books in the tradition of my earliest childhood heroes: Antoine de Saint-Exupéry, Beatrix Potter, Maurice Sendak, and Cicely Mary Barker. These artists influenced me greatly, and their books filled my mind with imagery that has lasted a lifetime—and inspired me to study art and become an illustrator and graphic designer long before I turned my hand to writing novels. Wonder was a wonderful thing—but in terms of dream fulfillment, We’re All Wonders is it.”

I Wonder What This Could Be Games123 Nr2003 Designs For Beginners 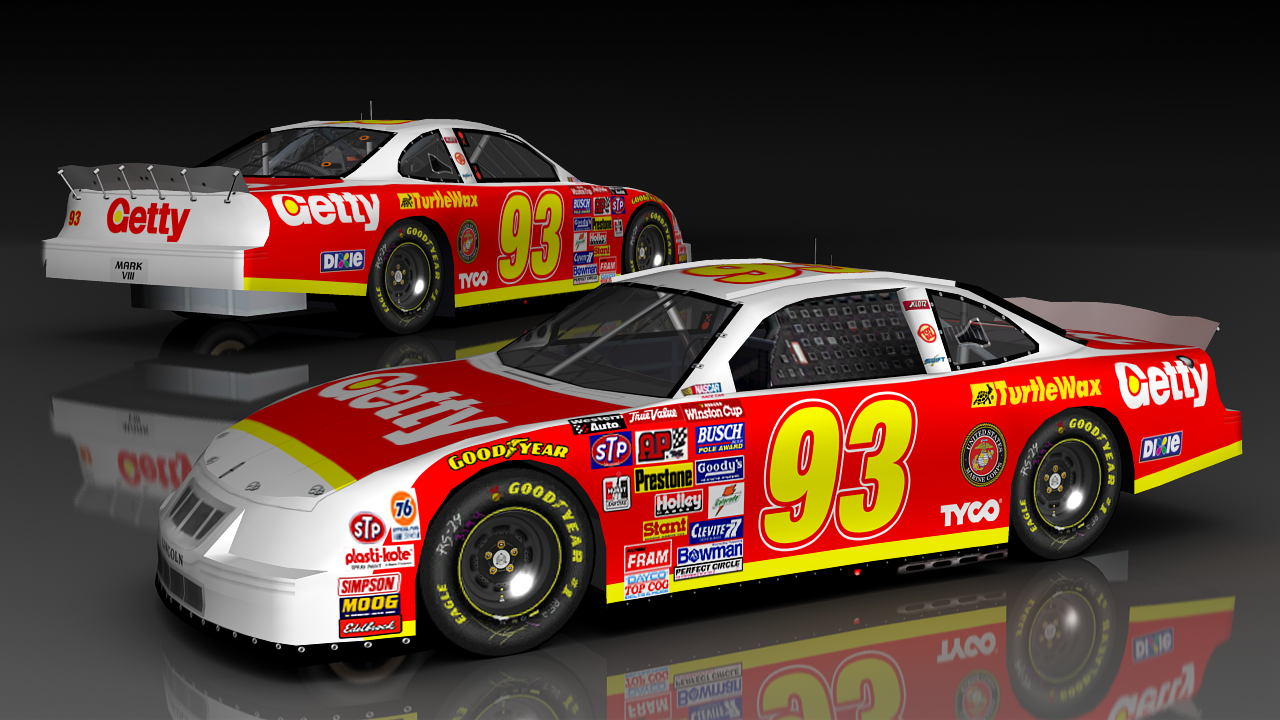 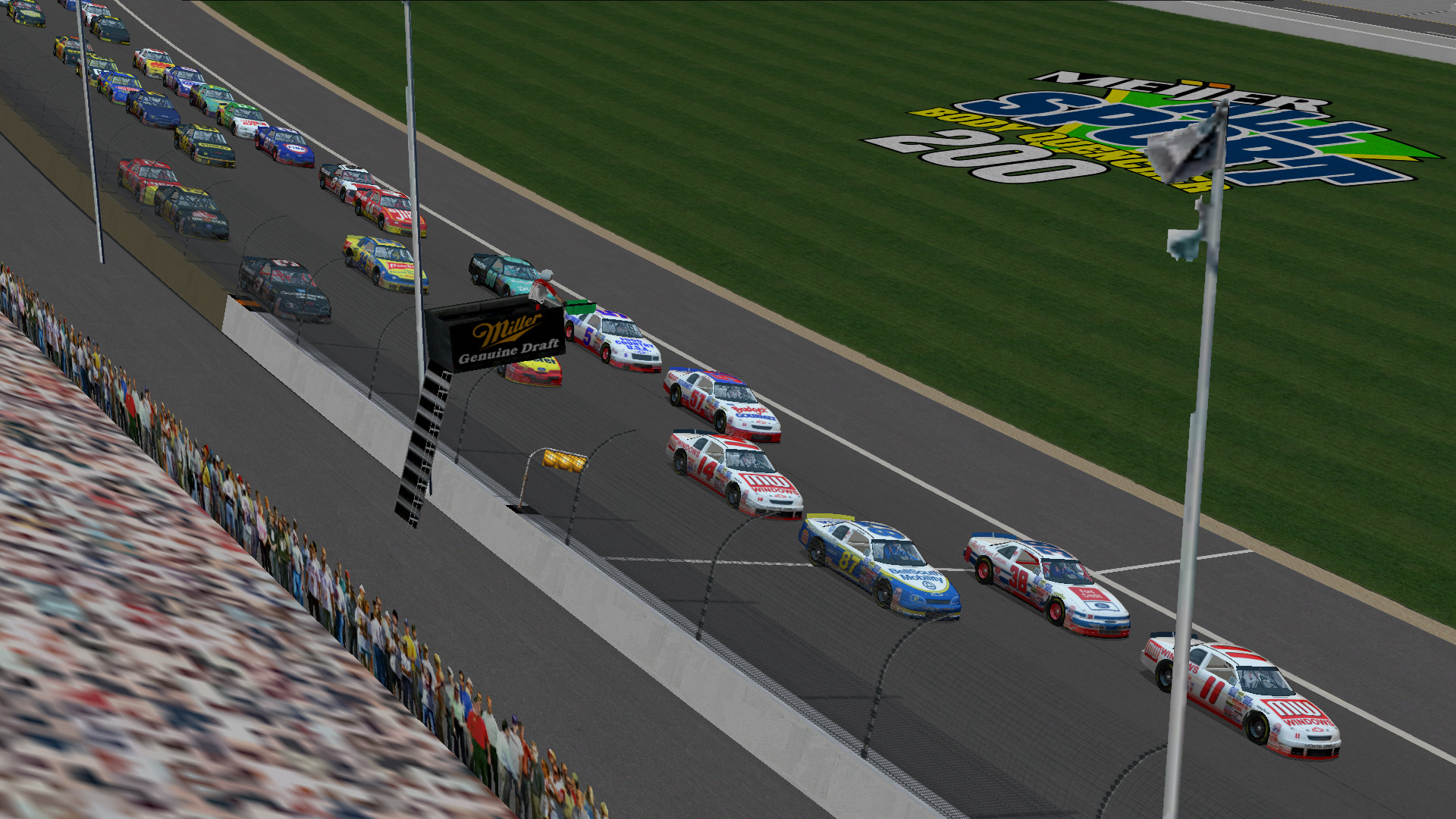 I Wonder What This Could Be Games123 Nr2003 Designs Custom