Borussia Dortmund were handed a comprehensive pasting by VfB Stuttgart on Saturday. Stuttgart were brilliant, and came armed with a perfect gameplan for exploiting BVB’s weaknesses, but at the same time, BVB were awful. It was one of the worst performances I’ve seen from a Borussia Dortmund team, especially with something on the line, and against a team that, as good as they are, should not be beating BVB at the Westfalenstadion.

We now know that the result was the final nail in Lucien Favre’s coffin. Earlier today the news came out that Favre has been sacked by Borussia Dortmund, with assistant coach Edin Terzic taking the reigns in the interim. It’s a little surprising that Favre finally got canned, and I have my reservations about the move, but it’s hard to argue that it isn’t justified given yesterday’s result.

Needless to say, the ratings don’t exactly shower the players with praise. Here’s what we thought:

Burki conceded 5 goals, but I’m not sure if any of them were his fault. He was dealt a pretty terrible hand, with players giving up opportunities right in front of him all game long.

Five saves and five goals. Both season highs. I did not realize until today that Burki has never saved a penalty in the Bundesliga.

Hummels unfortunately played a part in several of the Stuttgart goals. He is usually someone that BVB can rely on, but he was awful yesterday.

Hummels blamed the coach, and his teammates, after the game for losing the ball trying to play out in small spaces. He should probably look to his own failures first.

Can had a poor game. He conceded the penalty, though I think he needed to at least make an effort to make the tackle, but his day didn’t get any better at any stage throughout the game. 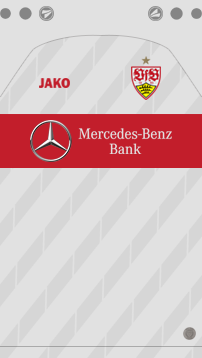 It’s not just the penalty. That attack came right through Can’s area of the field. He was all over the place with his passing and positioning. I was often unsure whether he was playing defense or midfield. Perhaps that was by Favre’s design, but it didn’t work. 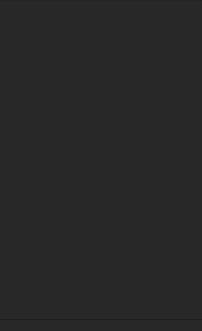 He didn’t offer much. On the last goal, he was in position to make a defensive play, but was badly outrun by González and even Zagadou.

Guerreiro’s performance was a mixed bag. He contributed a brilliant assist, and also offered up 4 key passes. But defensively he was just as poor as the rest of the defense.

Guerreiro had a moment of brilliance, but was also partially at fault for the second and third goals.

Witsel failed to control the midfield. He is usually key to Dortmund’s press resistance, but seemed invisible and unable to make a difference.

Bellingham had a couple bright moments in the first half, and was one of our more promising players going forward, but none of that really makes up for some otherwise sloppy play. He made a lazy pass to Guerreiro that gave Stuttgart the ball in a dangerous position, making him partially responsible for their 2nd goal. This was not his finest hour.

Bellingham was out of sorts from the start. He gave up a dangerous free kick in the 6th minute. He contributed to the second goal as Paul mentioned, and made another lazy pass leading to the fourth goal. He looked like a deer in headlights.

This one might get a little pushback, but I think Sancho was okay. He was trying to make things happen, and was heavily involved in BVB’s offensive efforts. He had a whopping 95 touches, more than anyone else in the team. He lost the ball a number of times, but that was in aid of trying to get the team going. He wasn’t brilliant, but I wouldn’t blame him for today’s result.

Reyna was brilliant. He scored a wonderful goal, and could have had a second if not for it being called back due to Moukoko being offside earlier in the play. He also added 3 key passes, which tied with Sancho, and only trailed Guerreiro’s 4. Reyna has been one of BVB’s best players all season.

I feel Reus and Hummels need to share blame for a failure of leadership. For his own part, Reus was a dead end for the attack.

Reinier had half an hour to prove himself, but he didn’t really make his mark. When the rest of the team is doing next to nothing, it’s hard to blame the Real Madrid loanee.

He really had no impact at all. 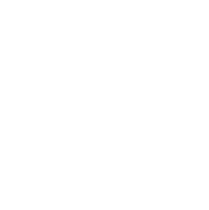 Awful. It doesn’t get a whole lot worse than that. Reyna was probably the only player that you could argue had a decent game, and there were one or two that were okay. The rest? Ranging from bad to terrible.

I’m not quite ready to hand out the lowest possible scores, but this was really bad. If not for the one or two bright moments from a small handful of players, I’d be giving an even lower rating.

It literally doesn’t get worse than that for Dortmund. That was the worst home loss in more than a decade... and to Stuttgart. As well as they’ve been playing, they are not Bayern Munich, the last team to do this to Dortmund at the Westfalenstadion. Favre’s continued leadership was rightfully questioned after a loss of this magnitude, but the players also need to look at themselves and find the energy to turn things around. It will be up to the leaders in the locker room as much as the interim coach to find renewed motivation.

German Bundesliga side Vfb Stuttgart are claimed to be ‘in conversation’ with Arsenal forward Folarin Balogun, who hope to secure his signature.

The 19 year-old has been enjoying his breakthrough season in North London, earning a number of minutes in the Europa League and notching up his first two senior goals and an assist for the senior side.

Balogun is yet to make his Premier League debut however, but did make his domestic bow in the League Cup when coming off the bench against Man City last week.

While he is enjoying an increase in minutes, he is yet to agree terms over an extension of his playing contract, which is set to expire come the end of the season, and is believed to be considering leaving the club.

Stuttgart are now claimed to be working on convincing him to choose their club, with Sven Mislintat knowing the striker well from his time in North London.

The Bundesliga side are of the belief that their main option up front Nicholas Gonzalez is eyeing a move away from the club next summer, which will free up space for a new arrival to stake a claim for his place in the team.

Kicker also reports that with an American manager currently at the helm, they may be able to use that fact to make his settling in process more simple, as they publication claims the club are ‘in conversation’ with the young star.